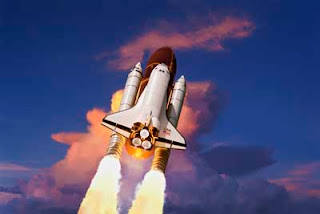 I met Alenka at the NLP Comprehensive Post Master Advanced Language Patterns workshop in Winter Park, Colorado, this past summer. Alenka is taking NLP to the stars – literally. Her work involves using NLP to create what she calls Adaptive Human-System Integration Technologies for various applications: aerospace (commercial, military, NASA), brain mapping, behavior profiling, modelling of learning and decision-making strategies and more. Here is what she had to say about her work.

AW: So, tell me about your organization and what you are doing.

AB: I'm the Director of the Center for Advanced Cognitive Technologies at the Department of Energy's Oak Ridge Y12 facility in Tennessee. Previous to this position, I was a research engineer for Argonne National Laboratory where my work with NLP started. For the past nine years I have conducted research involving representational systems and submodalities in the design of adaptive systems for human-system interaction.

The research involved understanding how internal representational systems can be used to develop adaptive systems that match how an individual processes information. Other areas of study have involved modelling beliefs, values, and motivation at the neuro-physiological level and preferred representational systems, chiefly visual, auditory and kinesthetic (V-A-K). In my research to date, I found the modeling approach of NLP to be an untapped resource for understanding human behavior in the fields of artificial intelligence, cyber security, adaptive systems, identifying inherent system design errors, extraction of information for systems design, virtual mirroring, modelling successful individuals, and much, much more. And now, I'm integrating this with neural brain research for correlating representational systems with neural pathways and associating the results with semiotics.

AW: What are some of the projects you are working on?

AB: One of the projects I'm currently conducting is for NASA based on the representational systems – V-A-K. I'm looking at previously filmed videos of eye scanning movements of different subject pilots, and correlating this to written transcripts of verbal conversations of the subject pilots during various scenarios. I'm mapping how each of the subject pilots process information during abnormal and normal conditions. Basically, determining primary representational systems, and the construction of internal strategies when performing specific tasks. From the results, I will determine how to enhance current training programs for pilots and suggest new designs for flight decks. Over the length of the project results from this study may be used to enhance certain areas of the astronaut training program. The project also involves training human factors engineers at NASA Langley on how to use NLP techniques in their research studies.

I'm conducting work with a colleague for the Department of Defense in designing adaptive systems for battle visualization and planning. Other projects within the near future will involve NLP methodology and knowledge preservation, advanced learning systems, behavior profiling and adaptive cognitive systems for biometrics, which involves correlating representational systems with neural pathways and semiotics.

AW: What would be an example of how you use this information?

AB: New commercial pilots being hired today are no longer primarily ex-military pilots in their late 30's, early 40's with 20 years experience. Because less ex-military pilots are retiring, commercial airlines are starting to hire pilots that come from a general aviation background with a minimum of at least a 1,000 hours of flight time. The ex-military and general aviation pilots have different flying philosophies, different types of training and standards that they set for themselves, or that have been set for them. So we will probably start to see different types of errors in the new pilots compared to their counterparts – ex-military or older commercial pilots.

Planes today are pretty much automated and can fly themselves. It has been noticed in simulator training that the newer pilots, who are non ex-military or senior commercial pilots, are much more comfortable with the automated systems until there is an abnormal condition. Once an abnormal condition is activated, these new pilots start to hesitate and second-guess themselves. It has been suggested that this is due to the fact that these new pilots rely more heavily on the computers and less on their ability of manual control. The opposite seems more prevalent with the senior pilots of 15 or 20 years experience. An abnormal condition is activated and these senior pilots automatically take over manual control and feel their way through the situation. The interesting part is that these same senior pilots are not as comfortable with the highly automated systems as the newer pilots.

So we're looking at possibly new types of error problems with the new pilots being hired today. I would use the NLP models and techniques to understand how the philosophies are different at the neuro-physiological level, establish the V-A-K strategies being used between the two types of pilots during various scenarios, and compare results for the enhancement of simulator training and design. This type of enhancement could then be transitioned into redesign of flight decks for commercial and NASA applications.

AW: In a sense you are designing the user interfaces of flight decks to the unique characteristics of the pilots employing them depending upon whether their modality preference is kinesthetic, auditory, or visual. Have you worked on other user interfaces?

AB: Yes. I have done similar work for the nuclear engineering field for the Department of Energy. I modelled nuclear reactor operators at two facility sites to determine how they processed information. I found that the majority of the nuclear operators observed were primarily kinesthetically oriented with the second largest group being auditory. The studies compared the representational systems to preferred characteristics or attributes that each of the operators liked or disliked on visual displays. From these results, we were able to develop a list of screen display characteristics for the auditories, kinesthetics, and visuals. It was noticed that the kinesthetic's and the auditorie's preferences overlapped in several areas like background colors – they both dislike black. The kinesthetics remarked that black backgrounds made them uncomfortable and gave them a negative feeling. I was also able to determine the amount of colors, the type of text, fonts, character density on the screen, and more preferred by each group (V-A-K). They demonstrated preferences about whether to use icons, symbols, or text, how images, icons and layout of screen displays should be developed, and so on. From these studies, I am able to tell if a visual, an auditory, or a kinesthetic individual designed the system, and what sort of inherent errors we could expect.

AW: That's really fascinating. So just by the screen layout you can know the modality preference of the person who designed it. This has some profound implications for designers as well as users!

AB: Yes it does. Another example was several years ago at what was known then as the Chem Plant run by Westinghouse in Idaho. I went and saw a series of screen displays newly developed by Westinghouse for their in-house operators. I mentioned to the engineer that, "Either you had operators design these screens or you're still in the process of designing them." He replied that "the operators did it – the engineers didn't develop the screen displays for the operators." When the engineer got to one particular screen and I said, "Well, either the operators couldn't see inside this room that's being depicted here, or you had an engineer do this one," he said, "The operators couldn't see inside the room. So they went and got the piping and instrumentation drawing so they had some clue as to what was in the room." The graphical interfaces or screen displays that were shown to me were very simplistic. The screen only displayed what the operators felt was necessary to see. There were limited saturated earth tone colors on the screen, a legend, and very little text. That indicated to me the operators designing the screens were primarily kinesthetic or auditorily oriented. And sure enough, the operators who developed the screens were primarily kinesthetic-auditory (sequentially oriented).

So I told the engineer, "You know these screens are pretty good." The engineer said, "We gave the operators a system and they came in and designed these screens." And I said, "Well, then they're designing it for the way THEY see it, they hear it, or they feel it. These are good screens. This is the way screens need to be designed – to the operator's needs. They're the ones working on it 40 to 60 hours a week, it's not the engineer who's going to be sitting here."

AW: What I'm getting from this is that the inherent errors in user interfaces has more to do with the incongruence between the screen and how the user processes information. If the user is kinesthetic and the designer is visual the user will have more difficulty with the interface.

AB: Right. So another portion of the research and applications we've been doing is also identifying the designers' way of processing information and seeing where there's conflict. So, typically, if you have a designer whose primary reference system is visual, he's going to design the system from a visual perspective. Even though the designer will show the information that's required, the information will be displayed in a format that is comfortable to the designer's way of processing information meaning it's going to have a certain amount of colors, probably too much text, too much information packed in, and a background color that is unsuitable to the kinesthetic and auditory oriented processors. Everything is going to look the way this designer likes it to look. It's not going to look the way the auditory or kinesthetic operator would prefer for it to look. So, here's where we're starting to notice inherent errors being designed into systems, and that's what we mean by inherent system design errors. These are not inherent errors to the engineer designing the system but to the people using the system. The system does not match the way the operators or users are processing information. So the system is not adapting to them. And that's an area that we're working in. We're designing adaptive systems.