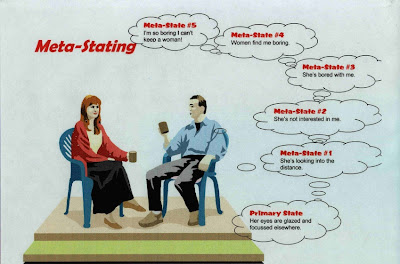 When he first publicised the Meta-States concept in 1994, Dr. Michael Hall pretty much took the world of NLP by storm. Meta-stating, more than anything before that had gone before, provided a structure for understanding how belief systems built up - either positively or negatively.

In the Meta-States concept, we take in information from our five senses. This produces a 'primary state'. The primary state itself is best understood through the Cognitive Labelling Theory of Stanley Schachter & Jerome Singer (1962). According to this, we can have quite different cognitive interpretations of the same set of physiological symptoms. Eg: the physiological symptoms of acute fear - fast breathing, pumping heart, pounding temples, dry mouth, tight stomach, etc - can be very similar to those in the build-up to intense sexual excitement. What makes the difference is the basic meaning we apply to the raw physiological state - ie: fear or excitement.

Belief systems can be either healthy or unhealthy - in that they enable people to cope success-fully with life or else inhibit people from leading fulfilling lives. Unhealthy beliefs about self or others create attribution biases.

Michael Hall and a number of other leading NLPers have devised therapeutic strategies for undermining and collapsing unhelpful meta-states and building enabling chains of meta-states. 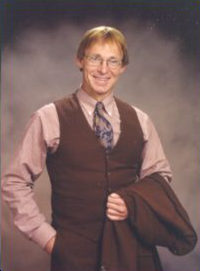